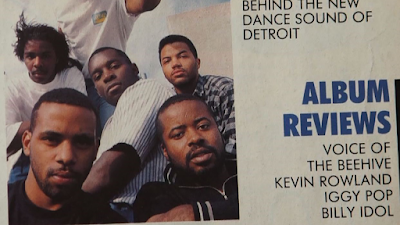 This is a look at the origins of Techno in Detroit.

I suspect that some people who don't know the story are wondering how techno came from Detroit. With a thriving community in Europe it almost sounds wrong that the music came from Michigan. As the film clearly shows the origins start with a lot of really smart guys who loved electronics and computers and began to assemble various gadgets to make a some truly great music with a driving beat.

I know some of you are wondering why I'm being a little unclear and the reason is I took really bad notes. I was too busy moving in my seat to take notes that make sense several days after the fact. That's not a flaw, actually it just lets you know how compelling this film is, I wanted to just watch it and writing a review be damned.

Bad notes aside, this is a really good film. If you have any interest in Techno or any of the related genres of music this film is a must.