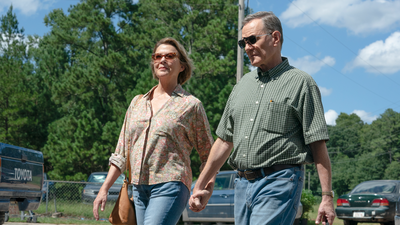 After retiring Jerry feels lost. A mathematical genius he just wants to feel like he has place. His wife doesn't know what do with him. While sitting having coffee he discovers  that one of the lottery games has a legal loophole that assures a win under certain circumstances. After winning 15 grand his secret is discovered by his wife, who decides that they should be stupid together. Realizing that they can help their friends and family they form a corporation and start to make trips to Massachusetts to legally scam the system. All is good until a Harvard student realizes the trick too.

Sweet little film is almost certain to bring a smile to your face. Its a lovely film about a man finally connecting with his friends and family. Its a film full of great characters who you really like and want to hang out with. Yes, the plot is contrived, with the whole Harvard student rivalry feeling grafted on for suspense, but you won't care.

It may not be the greatest film ever but its good time with great people.