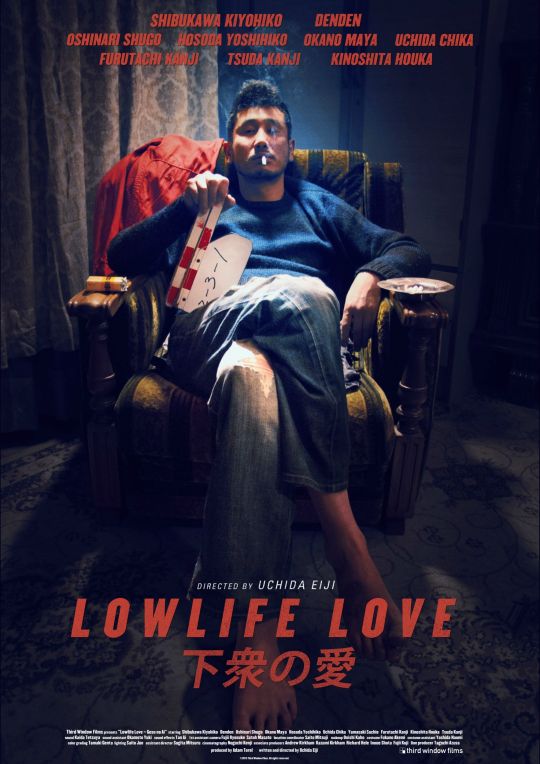 A bit low key and dead pan with a not particularly likable main character, LOWLIFE LOVE is a film you are either going to embrace warmly or turn off to as it unspools before you.

Sadly I was in the the second group and I found myself doodling in my note book while it was on. Its not that the cast is bad or its a badly made film, its just I really didn't like Tetsuo so watching him go through his paces didn't interest me. I suspect it maybe because I've run across a fee too many similar characters both in real life and on film and almost all of the cases my attitude has been to simply walk away.

It didn't work for me, but I know this is the sort of film that may work for you and if you like dead pan black humor give it a shot

For tickets and more details go here
Posted by Steve Kopian at July 10, 2016