Fantasia 2016 Shorts: BOOKS ON BOOKS, CLOUDS, REVOLTOSO, and THE WAY OF GIANTS 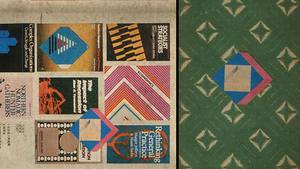 BOOKS ON BOOKS
Collage animation using Chinese book covers and the designs inspired by them.

It's an interesting little experimental film that is a nice one off. Its the sort of thing that I fuly expect to show up at the new York Film Festival to show in the Projections sidebar. 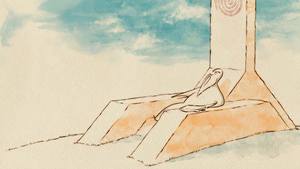 CLOUDS
An old man sits all day and searches the clouds for signs of what is to be sacrificed- however complications arise...

Good little film kind of just misses being great. At times very lovely there is something about the film that just seemed off to me, perhaps the constant fade outs. Recommended as part of a collection (which it is at Fantasia) but I'm not sure it's something I'd chase down. 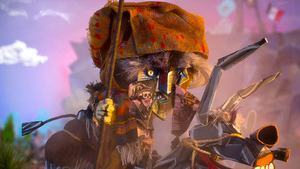 As the revolution approaches a camera man films life on a boar farm.

Cubism meets surrealism and is infused with the history of Mexico. A marvelous film  on a variety of levels this film is a good story, a history lesson, a loving homage to the early days of cinema, a love letter to the culture of Mexico and just a piece of art.

One of the most extraordinary films at Fantasia, as soon as it was done I wanted to start the film over and watch it again to see all the little details I missed. 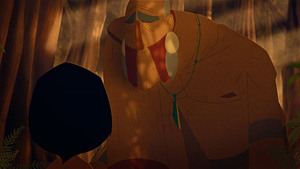 THE WAY OF GIANTS
Beautiful film about a young girl coming of age in the Amazon.

I have no idea what any of it means but it looks great.
Posted by Steve Kopian at July 27, 2016