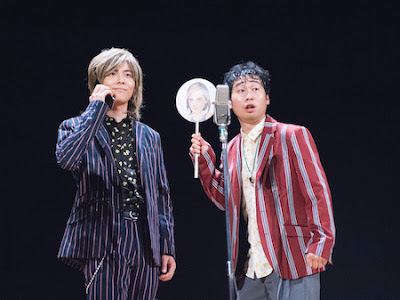 Those who think movie going is not a social event have never gone to the movies with myself or any of the Unseen Films crew. We wade into films and film festivals and end up picking up people along the way. We are a bunch of people who love good movies, good company and good discussion.

It’s the last two that bring me to the author of this review of EMI-ABI, Nathanael Hood. I met Nate last year at the Tribeca film fest. We met waiting on the line for one film or other. We fell into a conversation that has continued for the last year and a half on line and in person and it has brought a good many laughs, much thought and general good time. Finding people like Nate who not only writes well but is a hell of a nice guy makes doing Unseen worth it.

Nate is a hell of a writer. He is a freelance  film critic and writer and his writing can be found at TheYoungFolk.com, TheRetroSet.com and ScreenComment.com.. He also is on Twitter (@NateHood257) and Nate Hood Reviews. (Do yourself a favor and read his other stuff because he’s great).

He is a man whose opinion I respect to the extent that when I got tied up trying to review EMI-ABI I asked Nate to step in and help me out. After some arm twisting and a promise of dinner he agreed to take over and do a review.

So with out further adieu, except to say thank you to my friend for stepping up, here is Nate's review of EMI-ABI

Precisely 50 minutes into Kensaku Watanabe’s Emi-Abi, the film craps the bed. Or, to be more specific, the pants of Unno (Tomoya Maeno), one half of the eponymous manzai duo. While on a date, a trio of thugs try to rob him. But upon recognizing him from television, the thugs give Unno an ultimatum: make them laugh and they’ll leave; fail and they’ll kidnap his girlfriend. He concludes his desperate attempts at getting them to laugh by squatting down, grabbing his legs, and farting so hard he literally levitates a good ten feet off the ground, suspended in mid-air for several seconds before crashing back down. Keep in mind that until now Emi-Abi had been a deathly serious drama about grief and loss. The scene itself is a flashback to before Unno and his girlfriend were killed in a freak accident, devastating his manzai partner Jitsudo (Ryu Morioka) and putting him out of a job. Unno was the frantic funnyman, Jitsudo the straight man—although in an odd reversal of Western-style double acts, Unno spent their routines overreacting to Jitsudo’s cocky, bizarre antics. Without his funnyman, Jitsudo’s world falls apart. He comes to the sobering conclusion that he isn’t funny on his own.

But after the farting scene, it becomes impossible to take Emi-Abi seriously. The scene severs any sense of realism from the story, completely spoiling our emotional investment in Jitsudo’s recovery. For the rest of the film we wonder if we’ll see him demonstrate some other magical power. The farting scene is quickly shown to be a comedically exaggerated retelling. But later the film confirms that, yes, Unno achieved flight via farting.

I can appreciate what Watanabe tried to do with Emi-Abi. He attempts to examine the whole idea of comedy by deconstructing it, ruining serious scenes with comedy and comedic scenes with tragedy. The most devastating example of the latter comes when Jitsudo visits his old mentor Kurosawa (Hirofumi Arai) and gets ordered to make him and his recently departed sister laugh. Kurosawa ends up abusing, insulting, and finally assaulting Jitsudo for his terrible comedy. But then the scene takes a further turn when Jitsudo’s manager Natsumi (Haru Kuroki) runs in and reveals it was all a prank. Or maybe it wasn’t. The film doesn’t seem to know. There’s also a sobering scene in a graveyard where Kurosawa tries to perform for a grieving couple before—in a twist more at home in Paul Thomas Anderson’s Magnolia (1999)—getting smacked in the head with several large metal bins thrown by a tornado with laser accuracy.

If Watanabe had been more straight-forward in the film’s presentation, it could have been remarkable. There isn’t a bad performance in the bunch. Maeno in particular steals the show in his handful of scenes, demonstrating the same emotional elasticity and physical prowess that made Robin Williams so formidable. The few manzai scenes are astoundingly effective despite the language and cultural barrier. I like how subtle sound effects were added or emphasized to further accentuate the comedy: fabric rustles as loud as the dialogue, springs snap for certain punchlines, air whizzes by their gesticulating limbs like they were in a kung fu movie. But Emi-Abi is too scattershot for any of it to truly work.