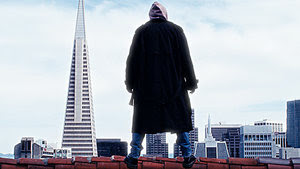 Bob was once Captain Truth, a super hero who watched over his city. Then he lost his power and kind of went on the skids. When his ex-partner publishes a tell all Bob is forced to consider what his life is and was.

Small budgeted superhero tale with out the need for superheroics. This is a really good little film that over comes the sense that we've been here before (and if you've read lots of superhero comics you have at some point run across a similar story) with really good characters and a wonderful sense of real life. Strip away the superhero context and you have a bunch of real people.

A sweet little film that Fantasia was right about world premiering. Here's to hoping this small gem has a long life.
Posted by Steve Kopian at July 25, 2016