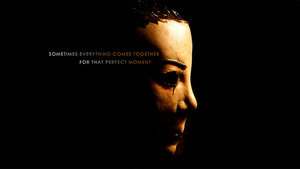 THERAPY which premiered the other day at Fantasia is a film I can't review.  It can't in good conscious  give anything that would approximate a rational and reasoned discussion of the film because the film, despite having some really creepy images, it is just too big a mess to take seriously.

The problem is that this found footage fiasco entails behaviors and set ups that don't make sense. I had to stop taking notes concerning the film because I was annotating the problems with the film and not watching it. This is not a supernatural story, the laws of nature, or even its own universe, have to be obeyed- except they are not as another nimrod director thinks he can do whatever the hell he wants in the name of horror and have people fall at his feet.

Yes there is just a little hostility here.

My first note was "POV is bad - it would result in  the person  being seen" during the opening sequence when the killer was watching a trio wander down a street and into an abandoned house. From there there I detailed poor performances and the stupid way that people behaved (I mean a cop shines a light in the face of witness  she is interviewing as if to give enough light to photograph him.) In almost shot after shot things aren't right as I kept going "no rational person would do that".

I was also bothered by the flip between various POVs for no good reason. You can't jump between a persons POV to a camera, to another camera to traditional cinema POV and back again without setting up rules- I mean where are some of the cameras we are jumping to? Why are people holding the cameras that way? More than in any other found footage film I've ever seen was I wondering where did this footage come from and why am I seeing it? These are not stupid questions, It's  basic questions 95% of found footage films never answers and thus wreck the believe-ability of their film. If you take a cameras POV there has to be a reason we are seeing it. If there are multiple ones we need to know that too. None of it makes a lick of sense.

And as for the performances- some are good, but some are just so bad. The sequence at the start were the girl sees the bad guy  is just laughably awful. More than one stalking sequence looked like rehearsal footage. In the sequence that involves the photo at the bottom the killer lumbers in from the left in a manner so silly I was roaring with laughter.

I could go on but whats the point.

If you're incredibly forgiving and don't see the faults you may like the film  but anyone else should just ignore it so it will go away.

One of the worst films I've ever seen at a Fantasia Festival. 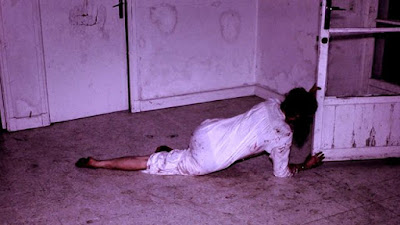 Email ThisBlogThis!Share to TwitterShare to FacebookShare to Pinterest
Labels: Fantasia 2016, france, horror, not worth the effort