A daruma is a Japanese doll, usually of a beared man with no arms or legs. KIYAMACHI DARUMA is a one time Yakuza boss who had his arms and legs cut off by a rival gang after being set up. He now works as a debt collector who terrifies people into paying.

KIYAMACHI DARUMA is a special film. Its so special they held the Q&A with director Hideo Sakaki before the film because the audience had to be warned to give the theater 20 minutes before they fled in disgust from the theater. Sakaki said that the film is based on an internet novel that no Japanese publisher would touch- which gives you a clue as to how fucking out there the film is, and because the book was never "published" the studios would never give him money to make the film.

Full of pretty much everything disturbing you can think of, either performed on screen or mentioned in the dialog (rape, murder, pissing, pooping, drug use, incest, bestiality, limb removal, torture and just about every trigger subject ever created)  this film caused a few people to leave the theater and everyone else to shift several times uncomfortably in their seats. You couldn't not sit there and not be physically and emotionally be affected.

After the first 20 or so  just are fucked up minutes the film settles into a semi typical Yakuza character study, except that the character has no arms or legs. Its a character that worms his way into your heart thanks to the ballsy and fearless performance of Kenichi Endo. This is one of those performances that should get Oscar nominated but will never get in the running because the film will not get released in the US and the Oscar voters would never get past the opening 20 minutes. Outside of seeing his penis, Endo gives us everything and then some. This is a performance where little is said but thanks to the eyes, facial expressions and posture we get volumes of information. People need to study this performance.

Strange as it might sound I really love this film. I don't ever really want to see it again, but its brilliant masterpiece of the highest order. Not only does the film make you feel (in spades) it makes you think and ponder all sorts of things.

Recommended- but only for the very few who can handled its's button pushing and subject matter - which leaves out about 95% of those reading this-I am very serious about that- 95% of you should never ever attempt to see this. One of the best films at NYAFF. 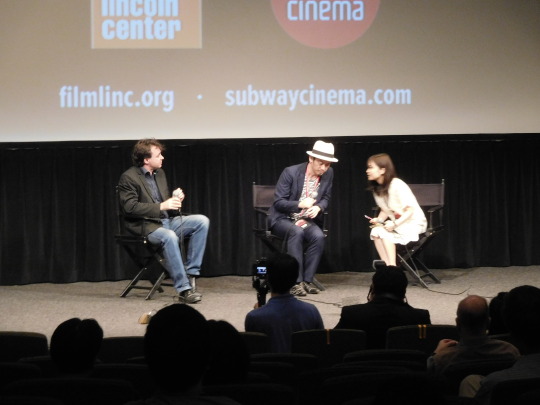