Every Year Fantasia has some of the best short films you'll see. I always try to make an effort to see them because every year some end up on my best of the year list. This year I wasn't given access to any of the live action shorts (though filmmmakers have sent me a few and reviews are coming) but I did get some of the animated films.

What follows is the first of two posts with brief word on the short animated wonders of the festival. (Because the films are playing in differing collections you'll have to check the Fantasia website for the times and places) 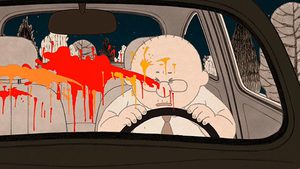 ANIMAL BOOK
Ecological minded film about a man driving who begins to run over endangered animals. I appreciate what its trying to do, but its not a particularly good film.0 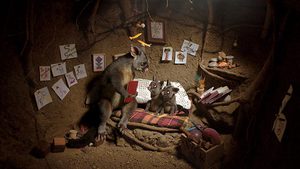 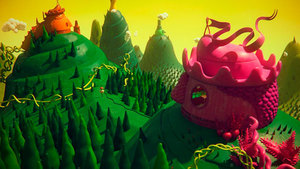 JUNCTION
A face changer makes a journey to a far off mountain. Wonderful eye candy 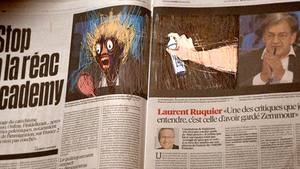 JOURNAL ANIME
Pictures in a newspaper come to life under an artists hand and interact- amusing call back of sorts to the Warner book gag cartoons but updated-includes a wicked Simpsons gag. 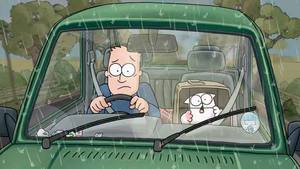 SIMON'S CAT OFF TO THE VET
Simon's cat get stung and so Simon has to get the cat into a carrier and bring him to  a vet. If you've ever had a cat you know how true it is. 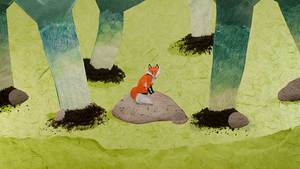 LE RENARD MINIUSCULE (The Teeny Weeny Fox)
The adventure of a tiny fox. How timy? Smaller than an insect. Its a charming little film about hat happens when he meets a young girl.
Posted by Steve Kopian at July 23, 2016