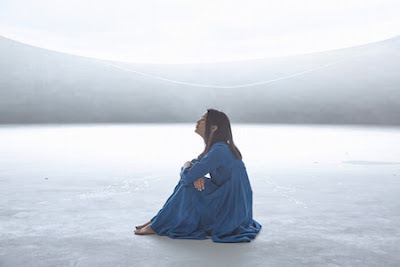 Director Yuko Nakamura looks at the work of artist Rei Naito and her Matrix in particular as it affects the lives and psyche of five women. The piece is located in a museum on a remote island where it is the only piece of art in the place.

This film is about an artist and her work is a kind of object de arte itself taking a very avante garde style at times in the telling.  I say this because the film is very much the sort of thing that would play in the New York Film Festival's Projections sidebar which covers all the avant garde and truly art films, shorts mostly that seek to push the limits of film.

Here the artistic bend is not geared toward pushing the boundaries of film, rather its merely attempt to replicate Naito's art cinematically.  The film is attempting to connect us to the art the way that she connects to it.

I like the film, but I kind of wish I had seen the film in a theater without distractions where I couldn't be interrupted or called away. This is the sort of film that, assuming you get on it's waive length, you'll fall into. I liked it and the head space it created and therefore recommend it

For tickets and more information go here
Posted by Steve Kopian at July 11, 2016