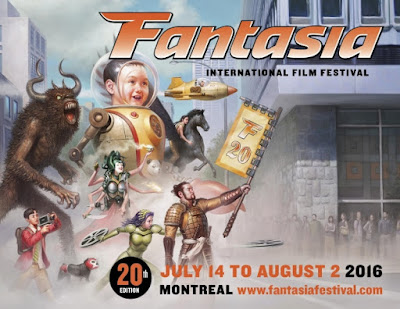 Fantasia opens Thursday and if you can get to Montreal you need to go. As far as I am concerned this is the best festival to see genre films from all over the world in one place.

How good is it? Consider that while I’ve seen over 30 of the films that are screening, it took me more than six months and multiple festivals to see what you could see in one place.

I had always heard about Fantasia here in New York and it was spoken about with reverence. A large number of people going to the New York Asian Film festival and Japan Cuts would regularly leave NYAFF to spend weeks north of the border because Fantasia’s schedule was packed. I envied them… until Ted Geoghegan, director of WE ARE STILL HERE, nudged me into covering the fest. That small push has resulted in a my discovering one of my favorite things in the world.

You have to go to the fest if you can- or if not you have to at least monitor the film selections because what is screening there will end up playing near you real soon. Fantasia is the spring board for genre films to go around the world and land in front of your face.

And over the next three weeks we’ll be bringing you as many films as we can without having our brains dribble out our ears.

To get you started I’ve posted links below to 30 or so films that we’ve already reviewed. The 30 titles is only a small fraction of all the films screening and if you just saw these films you’d have one hell of a festival because most of the films are really good. (Also look for reviews of Quest for Fire and Toxic Avenger)

For tickets and more information of the fest go here. For an indication of what’s good and what you should see check below and keep checking back here as we post reviews.

Lastly- a big thank you to everyone at Fantasia for letting me buy a ticket and take the ride
Posted by Steve Kopian at July 12, 2016

Email ThisBlogThis!Share to TwitterShare to FacebookShare to Pinterest
Labels: Fantasia 2016