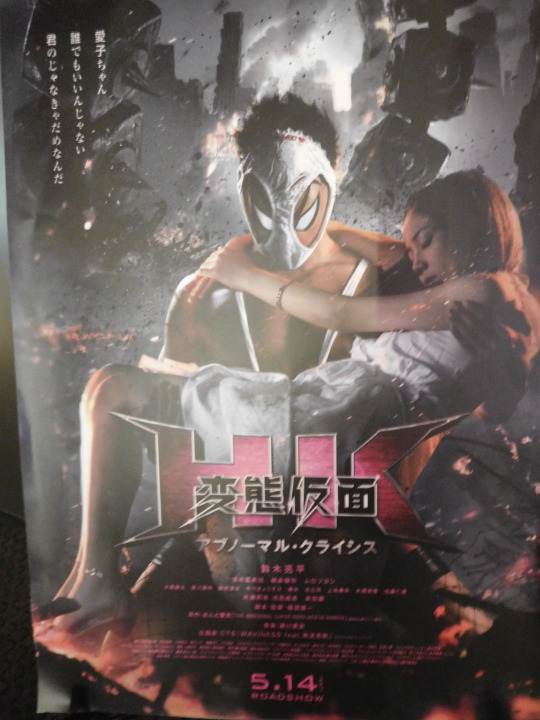 This is more of the same but where the first film had a series of battles between foes, this is more a long caper as the bad guys take steps to stop Kamen. The breezy almost plotless first film is beefed up to mixed effect. Yes the laughs and fun are there, but the actual plot slows things down and you really can feel the films two hour running time. For me the fact that this isn’t wholly new took it down a peg since I couldn’t give it a pass for showing me something new.

The more of the same complaint shouldn’t be held to imply or infer this is a bad film-hell no. There are belly laughs from start to finish and the audience was laughing so hard that had I not been reading subtitles I would have missed dialog. My friend Stan who didn’t see the first film was smiling from ear to ear when he wasn’t doubled over with laughter. Any complaints are quibbling about an 8 out of 10 film following a 10 out of 10 one. This is a film that’s a must see with friends and adult beverages-which were free flowing at the NYAFF screening.