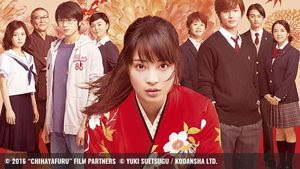 Two part almost four hour long adaption of Yuki Suetsugu’s manga series follows Chihaya who loves to play karuta, a card game where cards with poems are eliminated from an arrangement. Now in high school, her best times were back when she was a kid and she played the game with her best friends Taichi and Arata. Forming a club she tries to get the band back together, however Arata is MIA, but there is no time for that since she and her friends are making a run for the national championship

Utterly charming film, and it is one film despite the fact Fantasia screened it as two, is one of the more pleasant surprises of this years festival. By the time I screened the film I was burned out and had sworn that I would simply watch the single film I had greed to review. However an insistent email from good friend Joe Bendel made me reconsider ending my coverage of the festival early. If he was telling me a four hour film was worth the time then it really must be. So I bit the bullet and sat down to watch the film.

And you know what Joe was right. This is a great little film.  This is the sort of film that sucks you in and drags you along thanks to a compelling story and some great characters. Mostly the characters. I say that because the twists and turns of the game complete eluded me. Yes I learned enough to follow what was going on but in all honesty I had no idea what the game was about. On the other hand I completely understood the drive to do something you love with people you hold  in your heart. These were a group of people who I absolutely understood on a human level.

The best thing I can say is this needs to get a US release so I can get a copy and so that I can share it.

This is not just a film to see but one to hunt down.

One of my favorites at Fantasia. 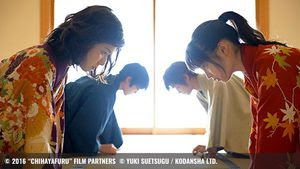