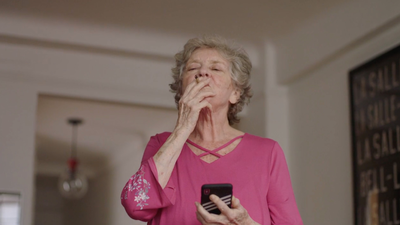 An older woman has to deal with changes in her life as her boyfriend's son moves him out of her home so that they won’t have to split the inheritance with her and her kids end up moving back in.

Okay comedy kind of doesn’t really work  in the seven minute episode format. While the shortness allows a situation to pop up  it doesn’t really allow for the plots to really be explored. I saw three episodes and I was kind of underwhelmed for that reason. It also doesn’t help that the characters aren’t all that likeable.

This might work if its retooled, but right now it is one of the few misses at Tribeca