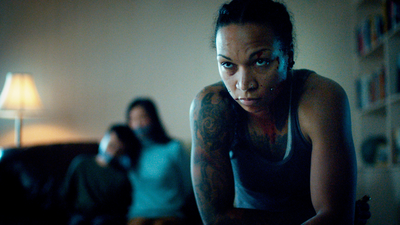 Catch the Fair One is about a former Native American boxer (played by real life boxer Kalis Reis) who goes searching for her missing sister.  She believes her sister was trafficked and so she goes deep into a trafficking operation in hopes of finding her.

The movie was definitely edge of your seat, anxiety provoking, waiting to find out how things would unfold. It definitely gave you some insight into the scary world of human trafficking.

I found the film a bit confusing though, and the ending was disappointing. I do appreciate that they used a Native American to star in the film, and that the film wanted to represent the disturbing reality of the "The Missing and Murdered Indigenous Women Epidemic” but in the end I wouldn't recommend this film .