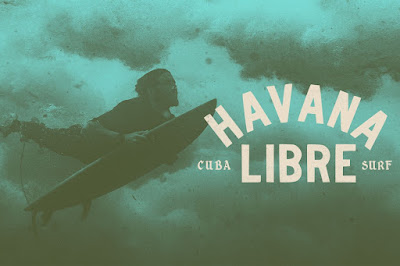 In Cuba surfers are arrested by the police. Officials in the country don’t see it as a sport or much of anything and take a dim view of anyone surfing. The new film Havana Libre tells the stories of a group of surfers  struggling to practice their sport and become recognized by the authorities so that they won’t get arrested every time they go out on the water.

While not filled with endless spectacular images of surfing the film is till filled with a mad passion for the sport as the film focuses on group of surfers talking about their love of sport and taking steps to get it recognized by Cuban authorities. This is a film where the love of the sport is revealed in ways that are not typical at least for a surfing film.

It is also a look at Cuba that isn't typial. This isn't the way most other films portray the country. We are not just in the city but out in the wilds. We are focused on a small group doing what they love. The result, for those of us who know Cuba only through stories and movies, is a bigger country.