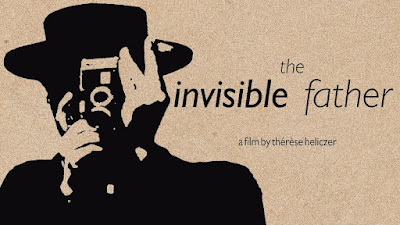 Invisible Father is a portrait of  artist Piero Heliczer made by his daughter. Heliczer was wandering artist, poet and filmmaker who crossed paths with the beats and was involved with Andy Warhol and the Velvet Underground.Thérèse Heliczer, his daughter put the film together in an effort to try and come to understand her father who was never there.

This is a good little documentary. If you saw Todd Haynes film on the Velvet Underground you no doubt wondered who  the crazy Heliczer was. I had a vague awareness of him because he was mentioned in passing and listed in photos from the period as someone I should know. Outside of that I really didn’t know anything. This film fills in a lot of details about a man who was in the middle of several cultural shifts. It explains why he was instrumental in helping the better known artists find their true potential but it also explains how he ended up on the fringe, he just sort of drifted off.

While this film is invaluable in explaining who Heliczer was, the film suffers from some of the messiness that plagued the artists projects. I say this because the through line of his life is laid out in a kind of a random order. I understand why some of the film was edited as it was, bringing in some of the big guns early, but it means that we spend a;most half of the film talking about his later years before we get to the beginning of his life.  Its an odd choice since I didn’t feel that the film fully worked until I thought about it after I finished it and could see how it all connected up. It’s not fatal but it just makes the film less tight than it should be.

Reservations aside the film is worth a look,