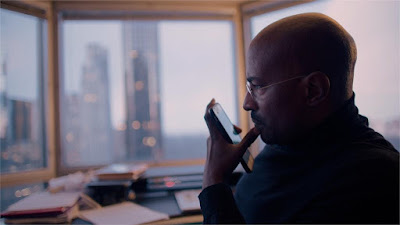 This is a portrait of Van Jones and his attempt to get a criminal reform bill passed during the Trump administration. Jones was not hoping to fix the whole system but simply get the ball of changing by taking one step.

Good but awfully low key film is interesting intellectually but is emotionally distant. The problem with the film is that it never brings us close to Jones. There is never a moment when we are closer than an arms length. Yes we get to know Jones' quest, but we never really the man at the center.

Worth a look for those who have an interest.