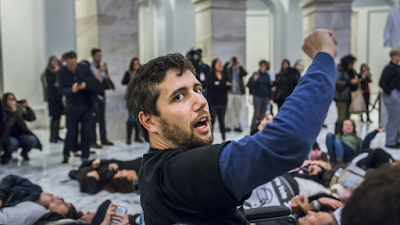 Ady Barkan is a n activist who developed ALS. Watching as Congress under Trump sought to cut health benefits for people like him, he went on the attack and spoke to congress. When he was on the same flight as Jeff Flake he asked him why Flake was looking for him to die. A video of the meeting went viral and put Bakan in the fore front of the fight to keep funding for healthcare

Definitely worth a look if the subject interests you.