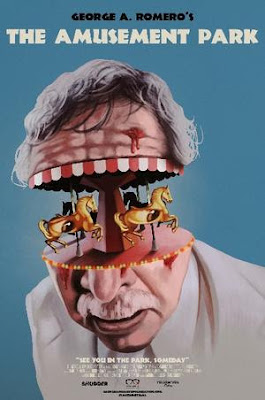 Made by the Lutheran Society in the hope of changing minds about ageing and elder abuse, the buried it when they saw the nightmare that George Romero had come up with.  Long thought lost the film was found after the director's death and restored.

I'm not going to lie, this is a deeply disturbing film. While our lives as we age have changed, older people are more active and are viewed a bit differently, there is still a lot of abuse thrown the way of our seniors. Seeing it acted out in a deeply visceral way is very upsetting. Sadly toward the end, the fate of the old man at that the center of the film is ultimately the fate of all of us. Its so disturbing that you will completely understand why the Lutheran Society wigged out.

I've heard this film called the scariest film film that George Romero ever made, and I think that maybe the case. Of course the reason that the film is so terrifying is that it's a real life story, yes its allegorical but it is still real. Its not a film you can shake and say it's only a movie because the monsters are us.

As disturbing as the film is it is not one you probably will ever want to watch more than once. Part of the reason is it's so disturbing, but also because for better or worse it is a PSA. Its a film with a point, as can be seen in the bookends. This is a film that is trying to make us think and feel and there is no way to get away from that.  If you remove the bookends (as I tried to do on a second viewing) the film really doesn't work because the film loses its context.

In all honesty THE AMUSEMENT PARK is a great film and a great piece of filmmaking but ultimately its a footnote.