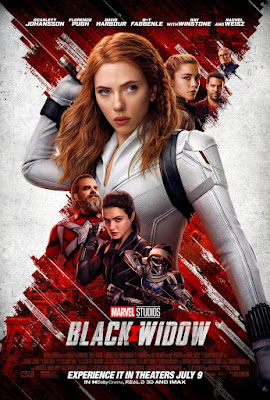 MCU superhero The Black Widow gets flashback film of her own where she reteams with her family to fight a villain she long ago thought she had killed.

Good action sequences get lost in a film where there is no heart and no sense of ugency. Things pld along in three or four different directions for a bit before it snaps into  your typical Marvel action film with huge CGI set pieces.

I was bored once the film jumped to modern day (the intro set in the past is quite good) as it's the same old same old in a plot that never feels vital. Only Florence Pugh's Yelena kept me watching. Honestly she has rightly been singled out as the best thing in the film.

For Marvel zombies only