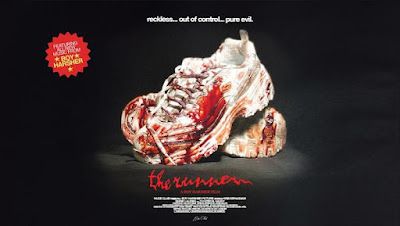 The Runner is a kind of gore music video as a woman wanders through small town while the music of  Boy Harsher plays on a public access cable station.

Offbeat in that there really isn’t a plot  but a continuing series of events set to music, this is a film people are either going to love or hate. I liked the film for what it was, but I doubt I will look at it again except to put it on to listen to the music as a background

Its worth a look for the curious, especially since its only about 40 minutes, but this is going to be primarily of interest for fans of  Boy Harsher and gorehounds