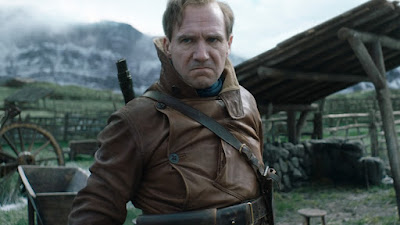 Prequel to the Kingsman series is probably the best of the bunch. Focusing on the founding of the agency in the days around the First World War.

Wildly historically inaccurate, but a great deal of fun, has an English Lord, played by Ralph Fiennes trying to keep his son and the world safe. While outwardly he appears to be a pacifist he has been quietly gathering information across Europe via a network of domestics. The idea is to keep his son, and thus the world safe. However as the world is plunged into war he realizes that there is grand plot afoot destroy the Royal families of the world, and England in particular. As he wades into the fight it ends up taking a terrible toll.

Much more serious than the previous films, there is a weight to what happens. People we care about die. This is no longer a goofy spy story but a serious  story about saving the world. Had the villain not been as over the top  this would have an interesting companion to the Bond series. It certainly gives us some idea what Ralph Fiennes might have been like as Bond.

While the action is completely over the top and pure CGI it is still a great deal of fun and I would absolutely love another film with these characters.