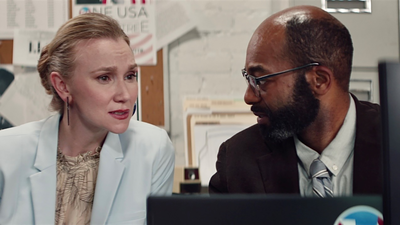 88 has a financial director for a political action committee discovering a possible illegal connection to a presidential candidate. Digging deeper our hero uncovers the darkest side of politics.

This urgent political thriller wears it’s heart on its sleeve which is charming but works against the film as a whole.  It’s a film that wants very much to change the status quo  while at the same time taking a very cynical look at politics in today’s America. There is a lot of talk and speechifying which slows the proceedings down to a crawl. There are multiple times when things stop for  discussion of ideas and it drains the life out of the film because it kills the momentum. If this film could some how be pared back to closer to 90 minutes it would be an awesome thriller with brains.

88 isn’t a bad film, its just not the great one it should be.