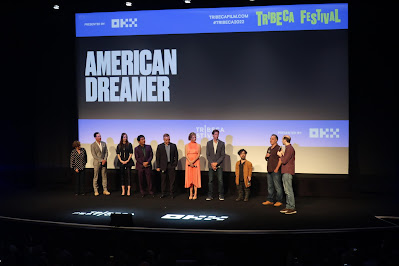 "What do we need to be happy?" is the question raised in American Dreamer. American Dreamer is about Phillip, a professor who's unhappy and frustrated with his life. He spends his days searching the real estate section, dreaming of owning a nice house. One day he comes across an ad for a house that's $5 million as is or $240,000 for a live-in.  The live-in gets to live in the run-down shitty apartment on the side of the house until the owner passes away. Then it's his.  Phillip decides to go for it.

However, like all things that seem too good to be true, life there isn't as easy as Phillip expected.

American Dreamer is based on a true story that was told on the podcast "This American Life".  There are quite a lot of laugh-out-loud moments that occur in this film! The cast is great- Shirley MacLaine, Peter Dinklage, Matt Dillon, and Danny Glover as the hilarious private investigator. Peter Dinklage and Shirley MacLaine’s characters had really good chemistry and their scenes together were hilarious. I really enjoyed this film a lot!I also enjoyed the music that was used in the movie.  I don't think it's a "must-see", but it's a really fun movie that I would recommend to almost anyone!

I went to the premier and Peter Dinklage said he felt the film had the same humor as Hal Ashby’s films if that helps give some insight into this. 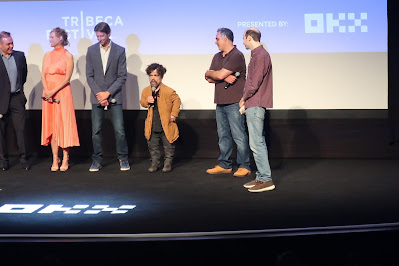