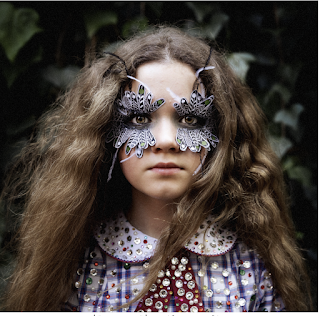 A teenage girl struggles to overcome witnessing an ugly sexual assault on a woman in an alley.

It is a a brilliantly made, beautifully acted film that is an excellent exploration about  dealing with trauma. I applaud the filmmakers for making a film that deals honestly with the subject and doesn't make it so everything instantly goes away in 90 minutes.

That said we have to talk about the opening.

I'm am being more forth coming than the promotional material for the film in that I am telling you our right that the terrible thing mentioned in the promotional material  is a sexual  assault, I am also warning you that it is really brutal.  While I hate warning audiences this time there should have been a warning on the content before going in - especially since some write ups mention the film being about a girl and her invisible dragon- which many, myself included,made us think slightly lighter fare.

I mentioning this because I have friends are victims of sexual assault and watched them walkout after discovering a film or play not knowing the subject matter. I have a job where I have come into contact with survivors  and I have seen them triggered by by off handed mentions of their own or another's assault.  I have been yelled at by friends by not mentioning lesser assault in film recommendation, so despite the filmmakers desire that audiences not be told and discover the event on their own I am warning you.

Critically the assault raises an important question about the structure of the film in that  there is no constructive need for us to witness the whole thing when our heroine does not. She only peaks at the rape, hiding behind a tree and listening to what she can hear over the sound in her headphones. There is no rational reason for us to see the rape in detail from multiple angles other than the creating of a head space, which ends up being over done since the rape hangs over the film. Think about it- I am talking about the start of the film despite the ending of the film is hopeful.

In an age where we label what is in the films screening there was as of this writing (June 3) no warning anywhere. There should be one. More so since I know other festivals such as Sundance and SXSW earlier this year had warnings on films that were much less jarring.

And no, I am not big  on trigger warnings but this film really requires one- even if my calling for one may make you think it's not as bad as all that- because someone is not going to get the memo.

Warning given the film is gorgeous and amazingly well made (dare I say it could be called a great film), but everything is colored by the rape and as such I don't want to discuss it.

You're on your own 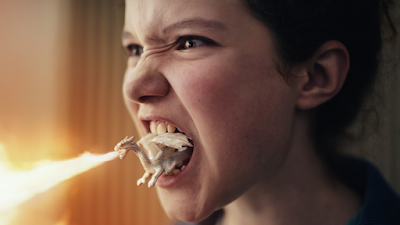