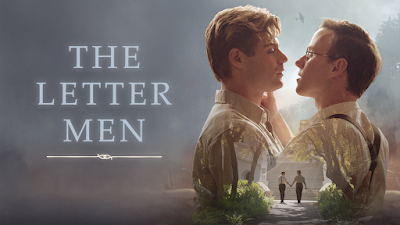 The letters between gay men in the earlier part of the 20th century were more often destroyed rather than kept. Gordon Bowsher wrote hundreds of letters to his sweetheart, Gilbert Bradley who kept the lettershe recieved during the Second World War. When they were discovered after his death ,they opened  up a window on the past we never head before.

THE LETTER MEN is almost entirely the words from the letters. They are heartfelt and incredibly moving. While the context of the forbidden nature of them adds a certain dimension to what we are hearing, ultimately and most importantly It doesn’t matter if you’re gay or straight the words hit home and make it clear that love truly is love.

This film is one of the best films I’ve run across at Tribeca. Honestly I would love to see this short expanded into something longer than 8 minutes