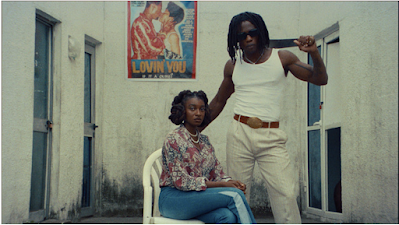 Ebeneza Blanche’s POINT AND KILL is a great looking music video. While the song that is the spine of the video, the images are stunning. They are so good that I watched the film a couple of times. 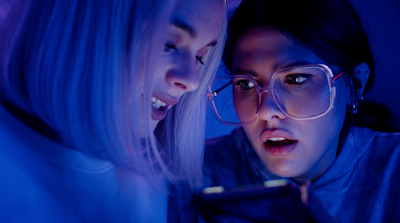 GIRLS’S NIGHT IN disappointed me. It’s the story of two girls being stalked in a house that is turned into a weird examination of the Bechdel Test (concerning whether women get together to talk about men or not). While I like the idea of the film, it never really works, collapsing with the forced nature of the humor.

TOUCHLINE is a much too short film about a young man who is give a chance to join the National Football Team of Lebanon on the same day that his family is forced to flee an invasion of the country. Based on the director’s grandfather’s life, the film is very good but incredibly too short to do the story justice. This film needs to be a feature film where we can get real drama not just moments. That said it’s still worth a look.
Posted by Steve Kopian at June 14, 2022