Brief thoughts on Vinyl Generation (2016) which has hit VOD 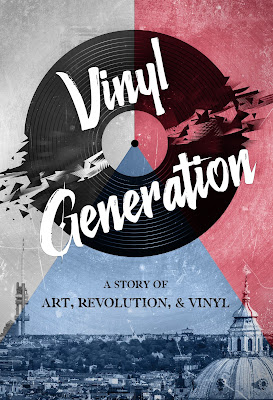 This is the story of the generation of Czechoslovakian youth who found hope in punk. Trading Western records and going to underground shows they came together to create a revolution that won their freedom from Soviet control.

Okay documentary on the men and women who took punk to heart and found a way to rebel. It's an interesting tale that is similar to the story that Tom Stoppard told in his play Rock and Roll (the play was set roughly a decade earlier and dealt in pat on Syd Barret of Pink Floyd's influence on several characters.) Sadly the telling is a bit too rambling. The problem is that there really isn't a strong thread to link up the excellent segments. The result is the pieces just sort of hang there.

Apologies for the lack of detail but my interest waned after a while and I stopped taking meaningful notes.

Worth a look for those interested in a side story of punk, all others will find their mileage will vary