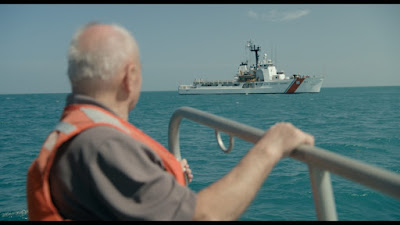 This is the story of Simas Kudirka who jumped off a Soviet fishing trawler on to a US Coast Guard ship in 1970.  He demanded asylum, however things went wrong. After a long stand off Kudirka  was turned over to the Soviets who beat the living shit out him on the American ship. The case blew up  and he became a cause célèbre.

Good look at a time when the Iron Curtain was up and there was a wild game being played between governments. Its also a good look at a man