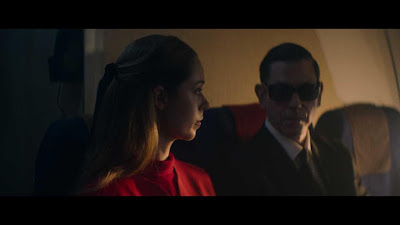 Very good look at the mystery of Dan (DB) Cooper who hijacked a plane in 1971 for money and managed to escape by leaping out of the plane with the ransom.

I've seen dozens of films, news stories and discussions on the hijacking since 1971, and this is one of the best. While it is not as detailed as some films on on what happened on the plane, some go into deep discussion of the hijack in great detail, this film scores because it opens up the possibilities of what happened.Intercutting with the flight crew from the plane, recreations along with people who talk think they know who Cooper really was.  There are some really cool stories spun out over the course of the film including details about how the FBI may have bungled things. More importantly the film gives us a really good idea of who Cooper might have been

I had a great deal of fun watching this film. Sitting about ten minutes into the film,I paused it, I got up from my chair and went to get some popcorn. I then came back and curled up to finish the film. What a blast. More importantly I loved it so much that I wanted to watch it all over again.

This is a must see. It's a fantastic historical mystery that may have been solved...perhaps.