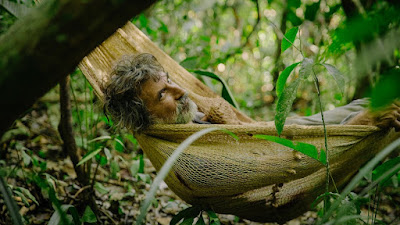 EL FATHER PLAYS HIMSELF
Filmmaker Mo Scarpelli made a film a film about his father and his wild life and had his father play the lead. The result is a film that mixes reality and fiction blurring the lines  between both.

An interesting idea that works best in bits and pieces. Personally I’m not sure we need the blend of truth and make believe. and I would have just gone for a straight documentary 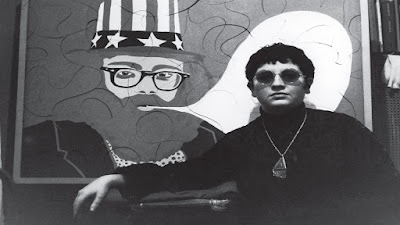 PARIS CALLIGRAMS
Filmmaker Ulrike Ottinger makes a film about coming her coming to Paris and what happened along the way.

Mixing up clips from films, new footage, diary entries, interview footage and other material  this is a cinematic examination of a life that mirrors the way we pull our own lives and memories together. It’s a meal of a film that has a lot to chew on. At the same time the up and down and very literary nature of the film wears one down making the films 135 minute run time feel longer than it is.

An art film of the truest sense.