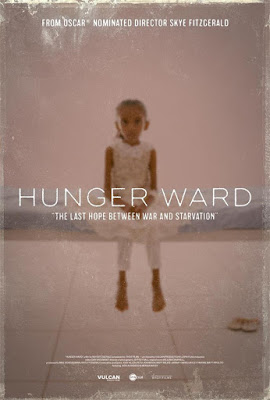 Almost a dead certainty to be in the running for the Oscar, HUNGER WARD will crush you. This is the story of a the ward where all the children of Yemen go in order to try to get healthy. The trouble is the country has been at war and any humanitarian aid has been cut off. The population has slowly been starving to death.

This film will break your heart. I was crushed at the battles of the children jst to get better as well as the screams of anguish as the parents weep over their dead children. I was beside myself as the various story threads played out.

To be honest I don't know what to say other than this film hit be like a load of bricks. Somewhere lat in the film, when a little girl we had been watching was shown to give water to another child I lost it and began to sb openly.

My heart wants to scream about why ths allowed to happen- but my head knows my lone voice will do no good. This is why I urge you to see this film and do something to make the dying stop.

For information on what you can do go here