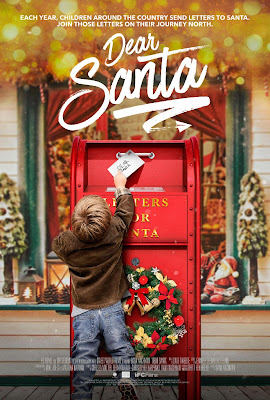 A look at Operation Santa which looks to make the wishes of children and families come true during the Christmas season.The film highlights the efforts of the US Postal service to get the letters into the hands of elves who then work to make the magic happen.

Okay holiday film is kind of lacking in real emotion. My initial thought was that seeing the film a few days before Halloween had something to do it it but a second look at the film I find that the film is a bit too scattered in it's presentation. There are simply too many people wandering through the film for it ever to build up momentum. I really think that this film would have been better with narration instead of the occasional title card.

While not really bad this is missing the warmth of the holidays.