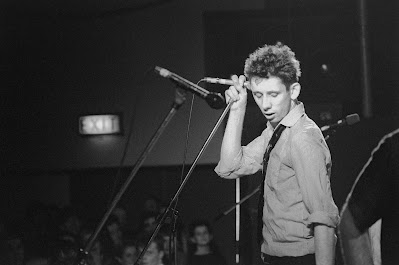 This is a portrait of Shane MacGowan of the Pogues is told by MacGowan and the people who know and love him. It is a celebration of the life of a man who shaped the music we listen to either directly or indirectly.

While I am a fan of the Pogues and MacGowan's music, I am not a fan of this film. I do like that the film gives us an understanding of MacGowan's life, but I think they could have focused more on the music. I mean we are almost an hour into the film before he starts his first band and then it's a race to the end to bring us up to today. So much seems to have been glossed over or left out. I got very little sense of his life outside of the drinking. I certainly didn't get any sense of his creativity or any sense of what he was in a larger context except that people love him and his music.

Honestly I didn't need to spend needed to spend two hours and five minutes listening to the details of his drinking and carrying on when it didn't seem to lead to anything.

A miss that is recommended for rabid fans only. Everyone else can just listen to their CDs