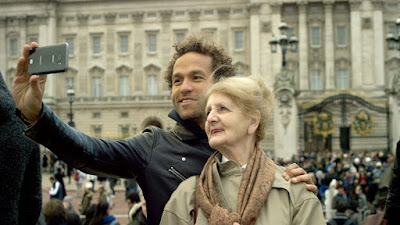 DUTY FREE
Reporter Sian-Pierre Regis makes a film about his mom. Danielle had a life time job as a hotel housekeeper that gave her a home for life and a small paycheck. However as she hit 75 the hotel decided to let her go and evict her. The film charts Regis' efforts to help his mom find a new job as well as show her a world beyond the rooms of a hotel.

A loving portrait of a mother by a son, this film will make you want to go off and hug your parents. However beyond being a lovely portrait, the film is a great look at the problems of growing old. What is like to find your whole world changed? What happens when you suddenly aren't needed? What if you don't want to or can't retire? This film explores those questions and others in a way that not only will make you think during the film but after it as well. 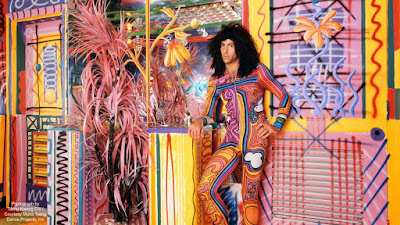 KENNY SCHARF: WHEN WORLDS COLLIDE
Good portrait of Kenny Scarf one of the big band of graffiti artists who rocked the world at the same time a such as Keith Haring and Jean-Michel Basquiat. While one of the more interesting artists working then and today he was largely overshadowed by the superstars who burned bright and then passed away.