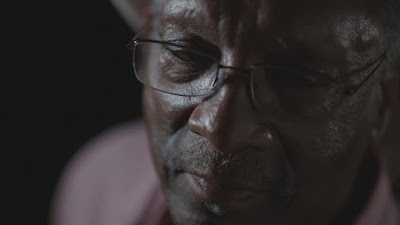 When Gary Duncan is arrested in Plaquemines Parish, Louisiana in 1966 as an example to the black population of the Parish things look grim. Assigned a rotating number of attorneys things don't seem to be going anywhere until he gets young attorney Richard Sobol to take his case. Sobol digs in and fighting for justice not because it is a civil rights case but just a human being needed justice begins to break Duncan free.

This is a very good look at a battle to do the right thing. Yes it's a civil rights tale but it is more a human tale of people fighting to do what is right. It is the small human story that hooks us and carries us along since it gives us the real cost of the larger issues.

And should you need an example of the vileness of racism look no further than A CRIME ON THE BAYOU. As much as the film is a portrait of  a battle for justice, the film is also a portrait of overcooked Southern bigotry and evil in the form of Leander Perez the political boss who controlled the Parish for decades. Smoking an ever present stogie, he is every bad southern cliche and cartoon made real. He is a mean and ugly racist as you will ever see. Perez mad my skin crawl. His clashes with Sobol are what give the film its spark and makes the ending so joyous. (Though you will realize how twisted he made things when despite the discovery that he siphoned off 80 million dollars from public fuds he was still put into the Louisiana State Hall of Fame.)

I liked A CRIME IN THE BAYOU. While I have some issues with the presentation, it is a bit too slick and too insistent about making us feel, the central figures are compelling enough to push past the quibbles and see the story for what it is, a tale for our time.