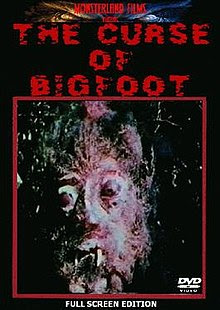 Curse of Bigfoot
Absolutely awful "bigfoot" film is really a short film about a revived mummy that wanders the wilderness around an archaeological dig. The film sat un released for years until some noticed that the beast could be a bigfoot and it was released during the Bigfoot flap of the late 1970's. What an absolute horror. 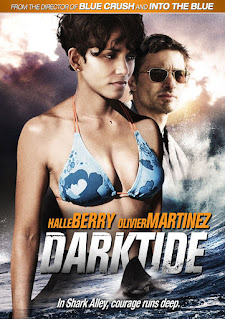 Dark Tide
Halle Berry shark drama is wildly over long (its almost 2 hours) and possesses a score that is completely wrong for a thriller about diving in shark infested waters…and sitting here trying to write the film up I realize I have completely forgotten what the film is about or what I thought. Take that as an indication that you shouldn’t bother. 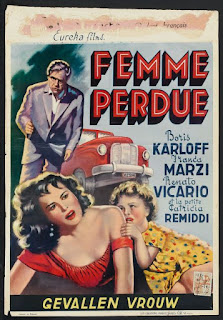 Island Monster
Island Monster is a badly dubbed Italian crime film with Boris Karloff as the villain. If it wasn’t for Karloff I doubt this good but nothing special film would even be circulating much. The film has a police officer investigating a drug smuggling ring which is actually being run by seemingly nice Karloff. It’s the usual nonsense. The trouble with the film is the dubbing is really bad. It’s bad enough that it gets in the way of the enjoyment of the film. While I know many on the internet have completely trashed the film I have seen enough films badly dubbed to know that its probably not that bad in the original Italian- especially since we don’t know what was changed in the dialog. That said this is for Karloff fans only 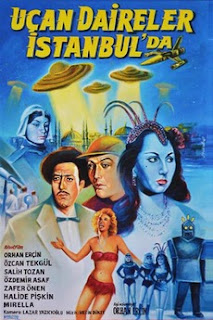 Flying Saucers Over Istanbul
Dreadful Turkish film looks like an attempt to mold a Huntz HAll Leo Gorcey film with night club acts with the result is a boring mess where everything goes on too long
Posted by Steve Kopian at November 23, 2020