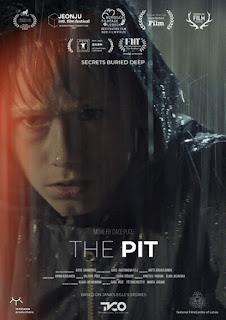 THE PIT
Latvian entry for the Oscars is a small gem of a film. It begins with a young boy tricking a girl who insulted his father into falling into a pit and the spins out into becoming an unexpected coming of age film.  The film is based on a series of true stories that were woven together to create an intriguing slice of life.  It may not rock your world but it will engage you more than most American films 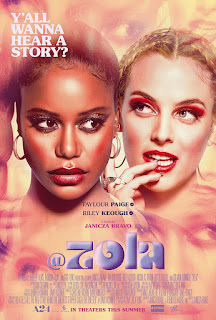 ZOLA
I don’t know how many films have been  based on Tweets, but Zola is. It’s the kinda truish but not story of a waitress who gets talked into making quick money, goes to Tampa, gets involved in prostitution, robbery and murder. It’s an off kilter comedy and drama that is on several people’s best of 2021 lists.

While I liked Zola I didn’t particularly love the film. The problem for me with the film is I really didn’t like anyone it in it. Even with our heroine there was this point where you realize she is smart enough to she could just walk away from the crazies orbiting around her, but she never does which makes rooting for her tough. She's staying not becase she has to but because the movie stops if she doesn't.