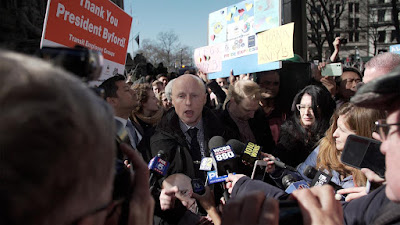 This is a look at the New York City subway system from 2016 until the present. Its a look at how the century old system is breaking down and an exploration of how it can be fixed.

This is a one stop shop for everything you've wanted to know about what is going on underground. It's an informative look the numerous and increasing number of issues facing the system that drives the economy of NYC.

While I found the film informative, and important, since it has everything in one place, there isn't a great deal that anyone who follows the local New York news won't know. Yes the film will be eye opening for non New Yorkers but for the rest of us it will be slightly less engaging.