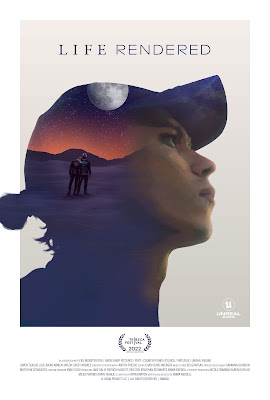 A young man in Colorado  is taking care of his disabled father.  He also has a life on line where he creates fantastic worlds and is openly gay. When the two worlds collide the young man will have to see if his family will still care for him.

Moving short film hits all the right notes. It’s a beautiful look at wanting to be who we are and who we show to the world. I was misty at the end. 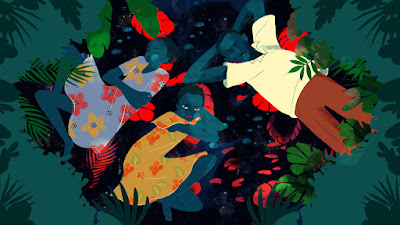 MORE THAN I REMEMBER

True story of the genocide going on in the Congo where tribal warfare is forcing many to flee when armed forces come into villages to raze them. The film is specifically the story of 14 year old Mugeni  who fled one evening and then made a long trek to reunite with her family.

This is a beautifully animated film whose colorful images  hide the fact that this is a heart breaking tale at its core. Most of us are no aware of the terrible things happening elsewhere in the world because it doesn’t directly affect the US.

The film is an eye opened and is recommended.