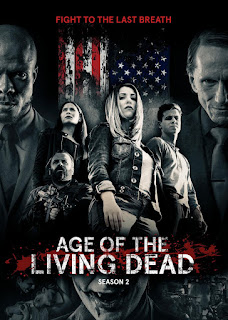 It's hard to tell how a series is based on a single episode (the series has 3 seasons and 18 episodes according to IMDB) especially a first one which is all set up. While there are some  narrative motion, much of the episode running at Blood in the Snow is concerned with setting the table.

To be honest I'm interested enough to try another episode or two on Amazon, which to be perfectly honest is just about the most honest thing I can say about the show.

If you want to try the series you can watch it tonight at Blood in The Snow's streaming festival where it is screening with several other web based series.

Email ThisBlogThis!Share to TwitterShare to FacebookShare to Pinterest
Labels: horror, The Blood in the Snow Canadian Film Festival 2020, web series