SASQUATCH AMONG THE WILDMEN (2020) hits streaming on November 10 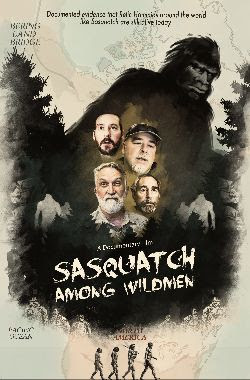 One of the best man beast films I’ve run across in a long time SASQUATCH AMONG WILDMEN is a must.

The film is a look at reports of man beasts that are supposed to wander through the wilderness of various countries across the globe. We get a look at the Russian Almasty, the Chinese The Yeren, the Himalaya's The Yeti and other versions of what we call Bigfoot in the United States. The stories are such that you have to at least allow for the possibilities that there is a possibility that something is out there.

What I really liked about the film was that this is the first time in almost 50 years of studying the phenomena that I have seen someone compare the various stories scientifically.  Dr Jeffrey Meldrum takes a look at the footprints of the various man beasts talks about them from a scientific perspective, comparing and contrasting them and talking about how the feet would be part of the whole beast. While I have seen some discussion of the footprints before as isolated things, this was the first time where some one brought it all together.

And bringing it all together is what this film is all about. This is a great starting place for those who want to learn about the alleged wild men wandering in the woods without the History Channel docu-fiction take. Even better this is a place for people who have an interest to get the stories straight and have a lot of the crap stripped away.