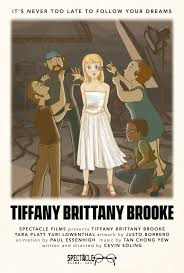 A young woman goes to LA in order to become a prostitute and becomes an actress instead.

A wickedly funny and incredibly black satire about Hollywood. Wrong on any number of levels this is a film that make laugh while it makes you feel uncomfortable and makes you think. The lines between being an actress and an being a prostitute really aren't than far off and seeing them scrambled is amusing.

More troubling and what gives the film its kick is the examination of how we view the world. Why are some choices better  than others? WHat is the whole media frenzy nonsense anyway?  Why do we care what other people think? What is it that makes mimes the lowest of the low?

This is a dark confection that's worth your time.