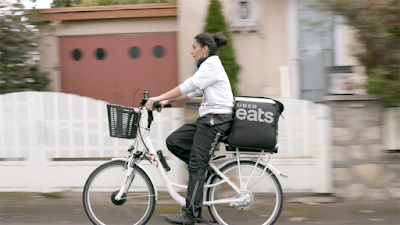 The Gig is Up is a documentary that follows several gig workers from around the world(China, France, Nigeria, England, US). Primarily it deals with food delivery drivers, but they also show people who do transcription work, and other online work, such as one man who's white but poses as an African American republican to get money from doing online surveys. These individuals take the jobs with the drive to have flexible hours, and independence, but the reality is quite different. Work conditions can be dangerous, the pay can change and they can be fired for getting a bad rating. Food delivery has become popular among consumers for its convenience, but how convenient is it for the drivers? Many who are supporting families.

This really gives you an insight into what gig workers have to deal with on a daily basis, and what giving someone a bad rating can do. It really shows that these workers need to be valued more than they are.

This documentary sounded like it would be interesting, but I felt a bit bored and had a hard time focusing on it. Took me several times to watch it and still felt a bit distracted, but I do think it's an important doc to see and hope the gig workers keep fighting for their rights.