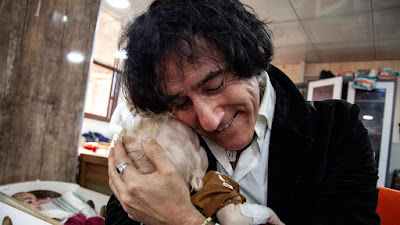 A moving look at the problem of the children of children left orphaned in Syria as a result of caliphate. In particular it’s a look at the kids of the men and women from Europe who went to fight for Isis and were killed. Patricio Galvez's daughter converted and moved to Syria where her husband fought with Isis. When both parents were killed their seven children were left to fend for themselves. Galvez then began the task of trying to locate the kids he never met and bring them home to Sweden.

This is a killer film on so many levels. Nor only does it highlight the problem of all of the orphans, but it also it looks at what are the relatives in the West supposed to do to try and bring their kin home. It’s a film with a lot on on its mind and it makes you think. More importantly it makes you feel for the plight of everyone involved.

I was moved as I stared at the screen and considered what I would do if faced with a similar situation.