DOC NYC 2021 Capsules: WE ARE RUSSIA, CAVIAR CONNECTION and F@CK THIS JOB 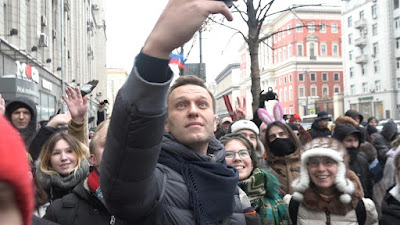 WE ARE RUSSIA
Portrait of the young people protesting the political situation on Russia despite the danger. The film focuses on a number of people who are supporting jailed Presidential candidate Navalny who is such a pain in the side of Putin that he allegedly had him poisoned.

This is a very good look at the street level protests quietly going on in Russia. We watch as the kids struggle to change minds and are confronted with a brainwashed older population who feel that the United States is behind all of the hatred for Putin. I love that we see the discussions between the two sides, which contain the statement of the pro-Putin people “You don’t have to film me”. Clearly they are afraid of something.  The film doesn’t shy away from anything and as a result we see the danger lurking around anyone who doesn’t play ball with the authorities. 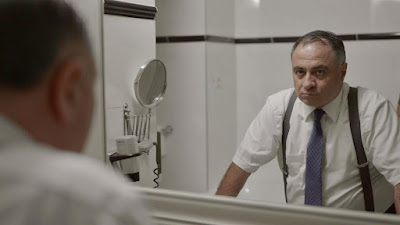 THE CAVIAR CONNECTION
A look at the battle for free expression in  Azerbaijan, Turkmenistan, and Kazakhstan. The former members of the Soviet Union are perhaps even more oppressive than Russia. Journalists speak of the danger to their lives and how anyone with money can pretty much get away with anything since cash is king.

This is a frightening portrait of the cancerous states in the middle of Asia that are very much a police state of the worst sort. I’ve been reading on the problems with the countries for years because of the problems with problems involving the LGBT communities as well as with problems with their sports (it begins with doping and gets worse).  Now seeing just how bad things are on even more levels is not only more frightening, but also kind of sad since it seems worse than in the bad old days of Joe Stalin.

If you need a reason not to travel to Central Asia this film will give you plenty of reasons.

This is a great film and is very recommended. 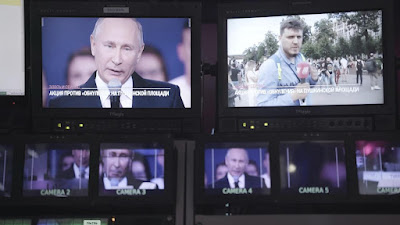 F@CK THIS JOB
This is a look at the founding of the independent Russian News channel Dozhd. The channel was started by people who thought that an independent source of news in Putin's Russia would be a good thing. The quickly found out it was not.

In a way this is a surprisingly upbeat and hopeful tale considering the subject matter. This is the because of the Natasha and Sasha who are at the center of the story and who keep the story focused and human even as bad things happen. They tell their story with less gloom and doom then you would expect.  The result is a film that is more involving than if this had been a doom and gloom telling would have been.

I really liked this film. I love that the film shows that Putin hasn't crushed the soul or zombified all of the masses.