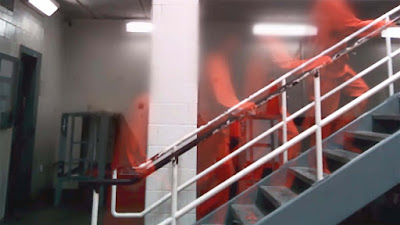 The Facility is a heartbreaking look at life inside the Irwin County Correctional Center in Ocilla Georgia. It’s a private  facility being used to house detainees for ICE. The film documents the events in the facility in the days as covid was spreading across the country and the facility refused to do anything to stop the spread or keep the people it was housing safe

This is a chilling film. Its an ugly indictment of the detainee system, of the use of private facilities and whole system which is putting people into prison for no really good reason (one of the people profiled was coming to the country legally on a tourist visa but was detained because she said she was fearful of her life back home). It’s a film that will make anyone who sees it think about what a horrible system we’ve created.