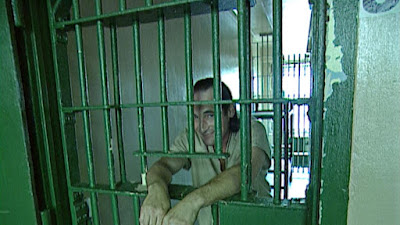 The weed of crime bares bitter fruit – The Shadow

LIFE OF CRIME 1984-2020 is a crushing film. It’s the story of three friends over the course of 36 years as they commit crimes, go to prison, become addicted to drugs and die. Its an in your face verité look at three lives on the fringe of society. It’s a sad film that will break your heart. It’s a film about young people who think they have it all figured out who find over time that things are stacked against them.  As the film opens we see how they are thrilled to be making more money than their parents for a few minutes work boosting sheets and home goods. We listen to their plans  for the future and their posturing as having figured things out.  We then watch as it all goes differently  then they thought it would.

This is bracing film about where a life of crime can lead. It’s a dire warning that people should see because it shows clearly that crime doesn’t really lead anywhere. Actually it leads to an autopsy table (that is a warning to those with a weak temperament).  It’s an arc that really hit home for me since my day job brings me into contact with many people who are living similar lives. As a result I can now clearly see how many of them will end up.

I don’t know what to say. What started as a film where I watched in disbelief that they thought they were doing good, turned in in my feeling sorry for them and finally to a deep sadness. This is not a happy tale.

As hard as it is to watch at times LIFE OF CRIME 1984-2020 is a vital and important film and is highly recommended.