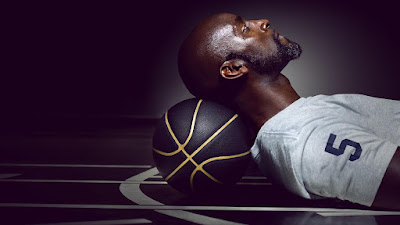 Portrait of basketball star Kevin Garnett in his own words, and the words of his family and friends.

This is a Showtime produced documentary that World Premiered at DOC NYC and then almost instantly was on the cable service. I mention this because I tried to move heaven and earth to see the film only to discover it already playing in my living room.

The film is a good but pretty standard documentary about a great basketball player. It covers Garnett's life nicely, filling in a lot of details for those of us who know the reputation but not much else becase we don't follow basketball.

If there is any real problem it's the film's length. Clocking in at just shy of two hours the film feels a bit too long and if fills the time by becoming a march to the championship which focuses more on the Boston Celtics than Garnett. My interest kind of waned a bit.

Quibble aside it's worth a look for basketball fans.